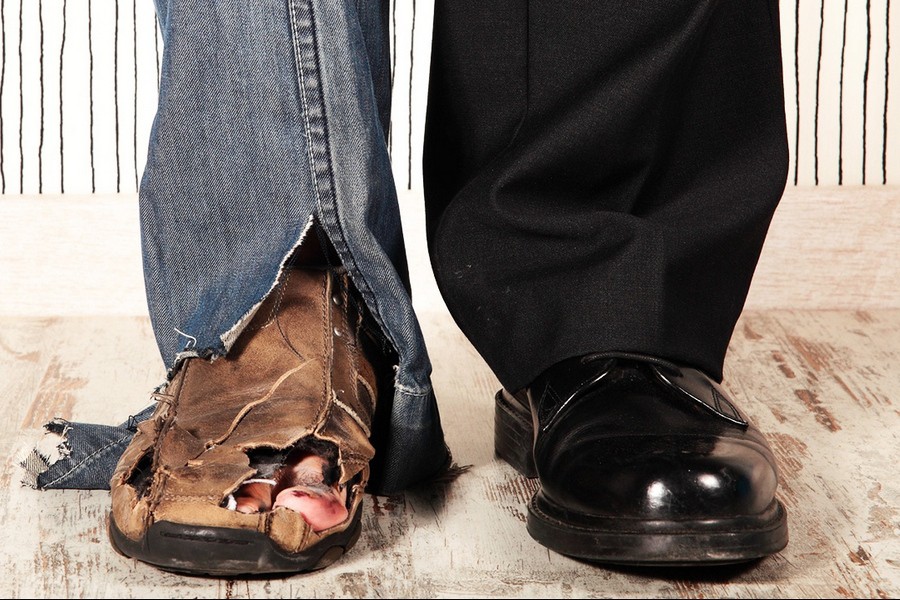 So many years ago in one beautiful village lived a girl Sayla. She was very good and protected the people all the time. As they were rich she lived with her family in palace. Their palace looked as "Royal Palaces". Her father Mark owned a big clothes factory. And her mother Jemma was a German teacher and taught at Secondary school. Sayla was an only child in the family. And that's why her parents did the things which she demanded. Also she had good behavior. She liked reading books very much. And her father made her own library.

It was 17 of March and for Sayla this day was very important. Because on that day she had her 18 birthday. Her parents wanted to take her abroad, but as she travelled a lot this time she didn't want to travel anymore. She wanted to stay at home. That day she preferred some interesting books . While she was reading a book, through the window her eye sow a very poor woman in the street that she was crying and was demanding to the people to help her. But no one payed for her attention. Everybody were doing their own business. Sayla couldn't see that woman's pain and grief, she immediately run to help her. She wanted to know what's her problem. Then after a while she came to that woman and said:- Hello aunt. I'm Sayla. What happened to you? Why are you so grief? Can I help you with something? Then the woman said with a very low voice:- "Oh my dear daughter, look such a rich and intelligent people are going here and there and they didn't help me, you think that in your age can help me"?.

Maybe she said just tell me what happened to you. Then the woman asked:-Do you really want to help me?- Yes she said and looked to the woman with a very warm smile.

I had a very good life before now. I was very happy. I had my home my husband and son. But unfortunately my husband died when my son was just 2 years old. I fed and grow up my son myself. Nobody of my intimate help me for living. I did everything that my son couldn't felt himself alone. Now my son is 20 years old and he was taken to the prison yesterday. I didn't want to back home without my only son and I slept in the street last night.

Do you know why did they prison your son? - asked Sayla.

At first I didn't know what was happening. Because I never thought that my son could do anything bad. I grow up him with a very honest way. I replied all the time to him that you have to be a honest man.

Then after a while one of his best friend came to me and started to tell all the situation. He said that my son is not guilty. It's false. He had some enemies at University and they wanted to take revenge.

They killed a person and planned that it was my son's fault. And l want to proof that my son is not guilty. But I don't know how to start and how to do it?

"- Oh my dear aunt " I became very sorrow after hearing your unfortunate times. You know what. My father is an owner of a big factory and he has got a lot of judge friends. I'll tell him and he'll help you to take your son from prison. That woman became very happy after Sayla's words.

Then Sayla interested for where is she going to stay? And offered to her:"Will you stay in our house till your son will be released? She smiled and couldn't say anything.

Then they entered to Sayla's palace together. Sayla cared very good to that woman. She acquainted her with her parents and told whole the story. Her father and mother were very upset from that bully boys. After a week her father went to the police station and told them the situation. At first they didn't believe, then suddenly his friend appeared and swore that it's not his fault. Police started to find the truth. They found the killers and took them to the prison.

Then woman's son was released. And she couldn't how to thank to Sayla for her big kindness. And said : - I couldn't ever imagine that a young girl could help somebody in a very heavy situation.

After that, woman and her son continued their previous life.

Sayla became very happy that could help to people who collided in a very bad situation.

Sayla and her parents continued living in peace and happy too.